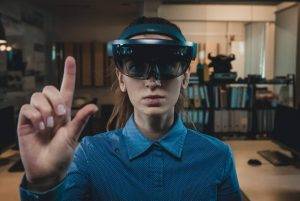 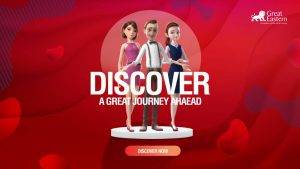 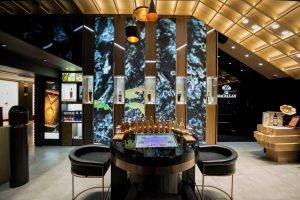 Ever wondered why Games are so popular? 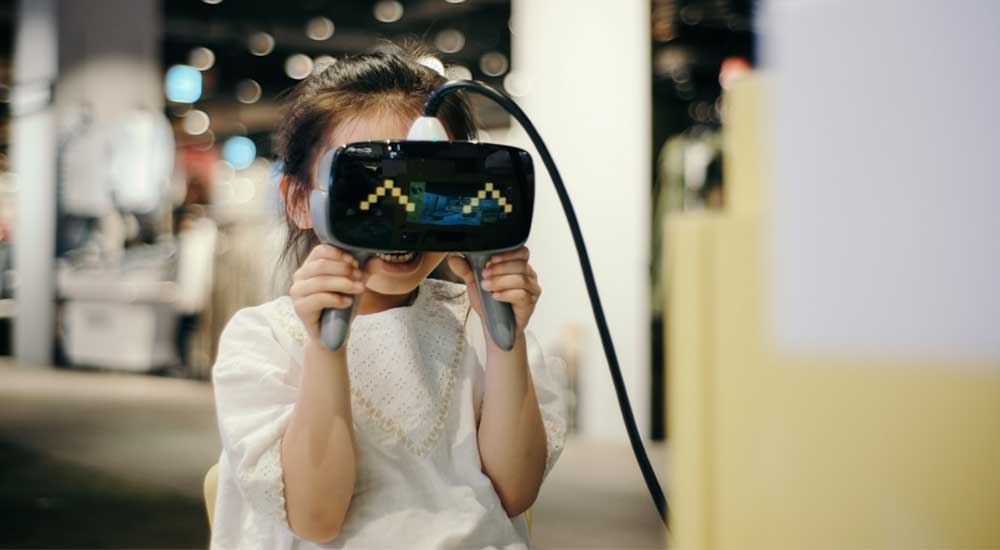 Ever since the 14th century, games have come and entertained the masses in various forms. Examples of our favourite pastimes were old-school games like country eraser and chapteh that we could play with friends and bond through moments of fun and laughter. Board games like monopoly provided a more structured experience with concrete rules and props to facilitate gameplay with higher complexity. Sports such as football gives us a sense of exhilaration and camaraderie as we endeavour to score a goal with our team.

Fast forward to the 20th century and we can see a global shift in gaming preferences among the general public. Digital games like Mobile Legends and Pokémon Go have taken over the social sphere and can be seen on trains and buses during our commute to work. Experiential games utilising virtual and augmented reality are starting to see a surge in player base with the well-known rhythm game Beat Saber leading the charge. 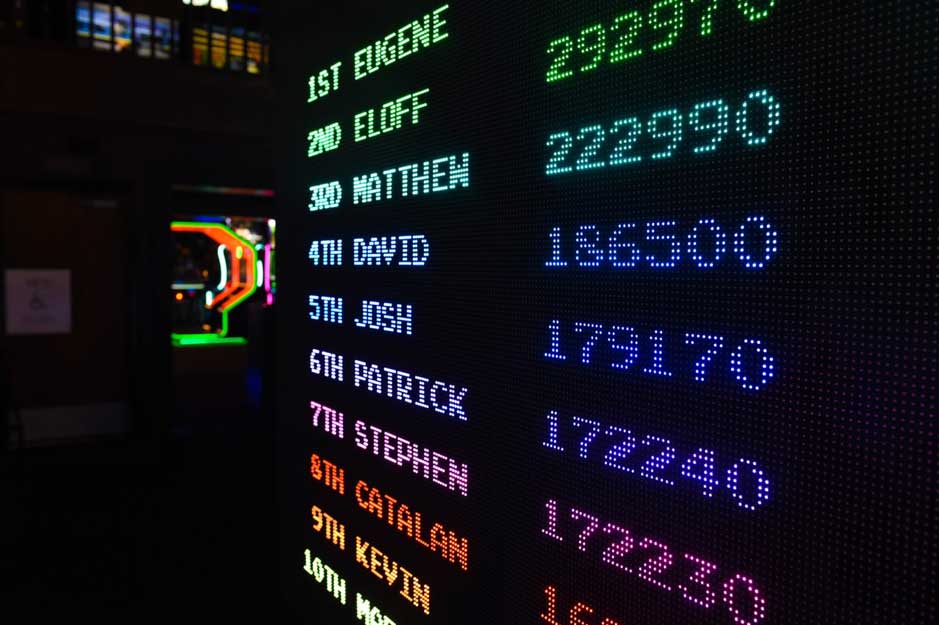 In 2018, the video game industry’s financial worth amounted to US$134.9 billion and is expected to rise going forward – with a predicted growth to more than US$180.1 billion in 2021. In comparison, the global music industry was valued at only US$19.1 billion in the same year. This severe disparage in net worth shows the lengths consumers will go to for entertainment and engagement with the gaming industry.

Singapore is no stranger to gaming as well. Locally, an astounding US$90 million was generated from video games alone in 2018. This is in line with a survey published by a US service provider that found Singapore to be the country with the longest average play time, 7.44 hours, on video games each week across Asia.

It is evident that the interest in gaming is unmistakably alive and resonates with a large group of people. But then comes the question, how did video games become the massive hit it is today?

Why is it so Successful? 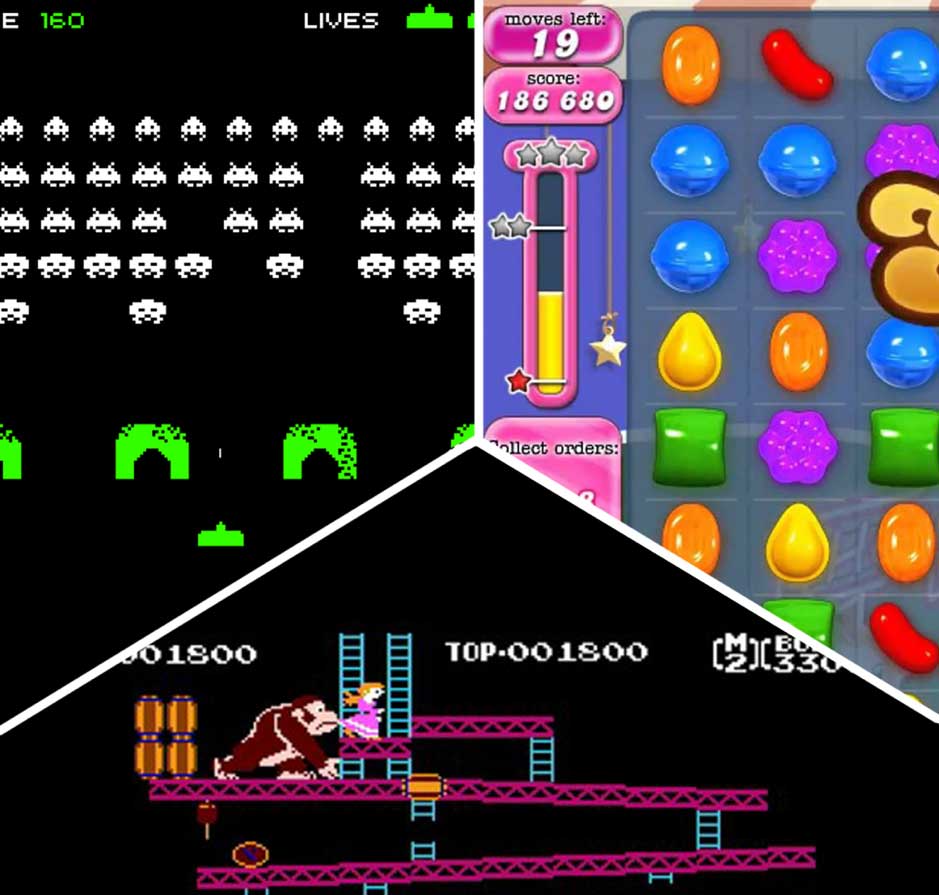 Singaporeans love to game on their smartphones. Teenagers spend hours playing Mobile Legends and face off in a 5-on-5 match of skill and wit. Adults can be seen pondering over their next move in Candy Crush or harvesting their crops in Hay Day. Even senior citizens have gotten into the trend of catching Pokémon in Pokémon Go.

But looking back, the first few pioneer games ever created included titles such as “Space Invaders”, “Pac-man” and “Donkey Kong”. Space Invaders was released in 1978 and saw players control a tiny spaceship to fire missiles in a mission to stop an alien invasion. Pac-man entailed navigating a yellow circle through a maze of coins with ghostly creatures undermining his adventure, while Donkey Kong was about making an arduous climb up inclined slopes and avoiding tumbling barrels along the way. 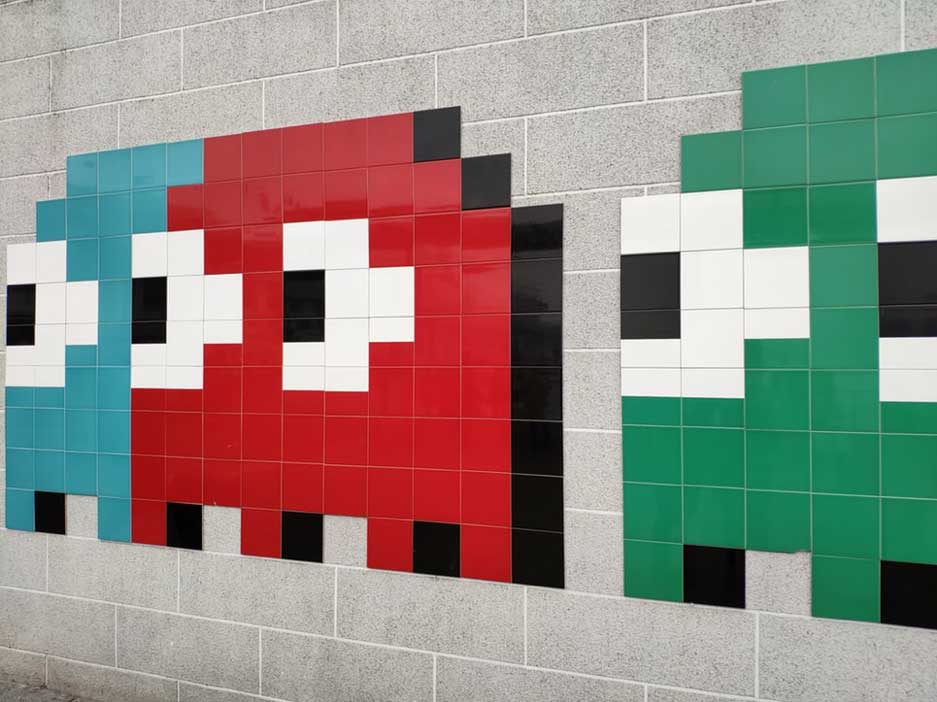 In that era, these genre defining games had one thing in common: Simplicity. Be they young or old, anyone who wondered into the dimly lit arcades could start playing games without spending much time figuring out how the game works. They simply played it to the best of their abilities and had fun doing so. This is contrary to current generation games where players are required to learn intricate controls and understand convoluted game mechanics that would be confusing for someone without exposure to video games.

However, without this barrier of necessary knowledge that complicates the experience, games can still be addictive and fun. They still engage our senses as we compete and test our skills to gauge our mastery over a topic, making us feel good once we consider ourselves “skilled”. No matter our age or phase in life, the fundamental enjoyment of video games still exist in this modern era. 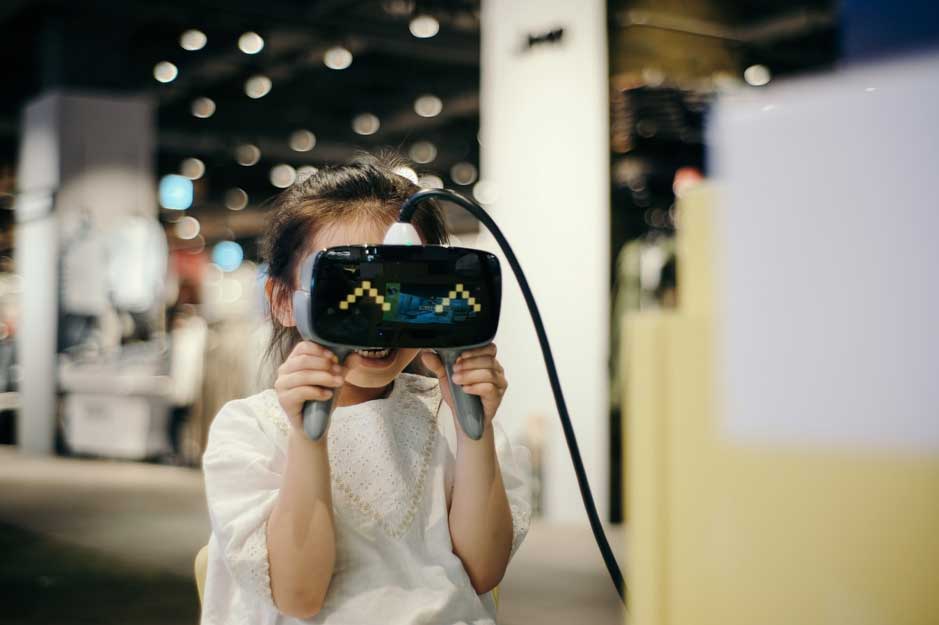 Naturally, this proven interest in games can be leveraged by businesses for a slew of engagement campaigns to attract consumers. By combining simplicity and making the game addictive to the general audience, we can craft a range of touchpoints revolving around digital games. 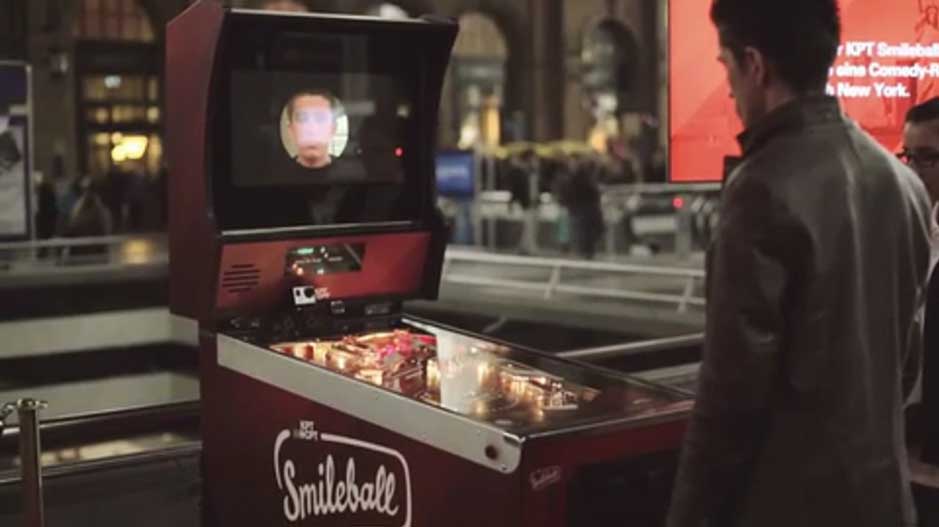 KPT, A swiss health insurance company proclaimed to have the happiest clients amongst their competitors. To reflect that, a pinball machine was created with a unique twist. Instead of the traditional button controls, smiles were used to activate the flippers. A camera that detects the user’s smile facilitated the entire experience, which brought actual smiles to the event and proved to be a successful marketing campaign for KPT. 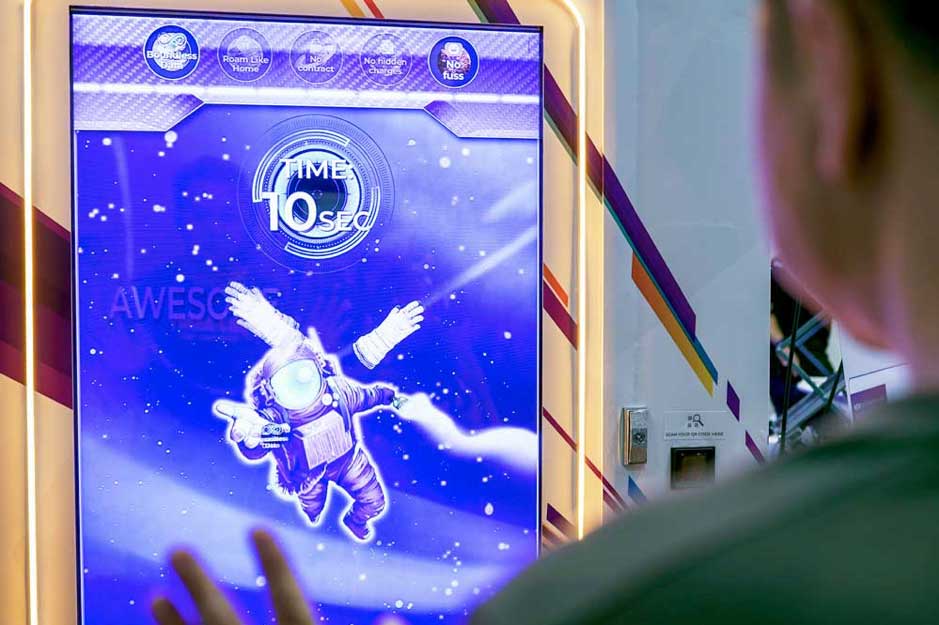 During COMEX 2018, held at Suntec Convention Centre, MyRepublic sought to station a touchpoint that would attract visitors to their booth. They wanted something technological that would absorb the consumer into the experience and garner high consumer engagement rates. Trinax crafted an augmented reality (AR) game where players could collect inbound planets by moving their hands.

Their hand movements would correspond to movements from the astronaut’s hands. When the hand collides with the planet, points will be scored. The simplistic nature of the game proved crucial in enticing visitors to take part. 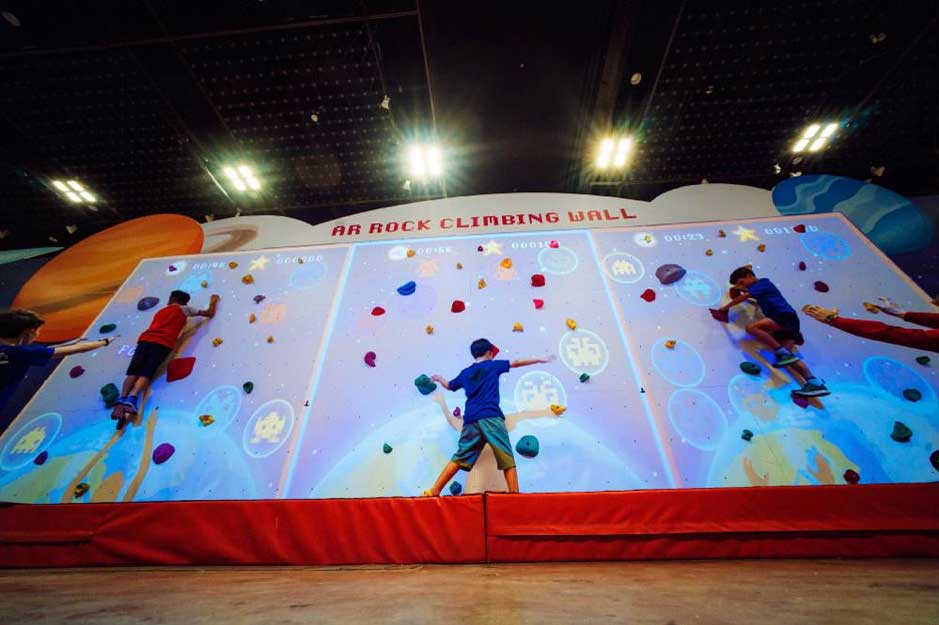 Games are fun when enjoyed with friends and family. Usually, kids and parents would have separate, individual, experiences due to their gaming platforms – i.e. smartphones or consoles. However, when we change the platform on which the game is played on, we can employ a touchpoint that involves both children and parents. This change can be done through a large display or projection where multiple people can interact simultaneously.

In this group rock climbing activity, both kids and adults can exercise and have fun doing so. In efforts to promote the importance of cybersecurity, the Infocomm Media Development Authority (IMDA) collaborated with Trinax for an interactive projection wall based around viruses. The cyber viruses would hover around the rock climbing wall for participants to delete through physical contact.

This project involves projectors with infrared capabilities to detect the moment when players hit a virus, netting them points and removing the virus from their playing field. With this multiplayer feature, families were presented with an opportunity to bond and connect through modern technology. 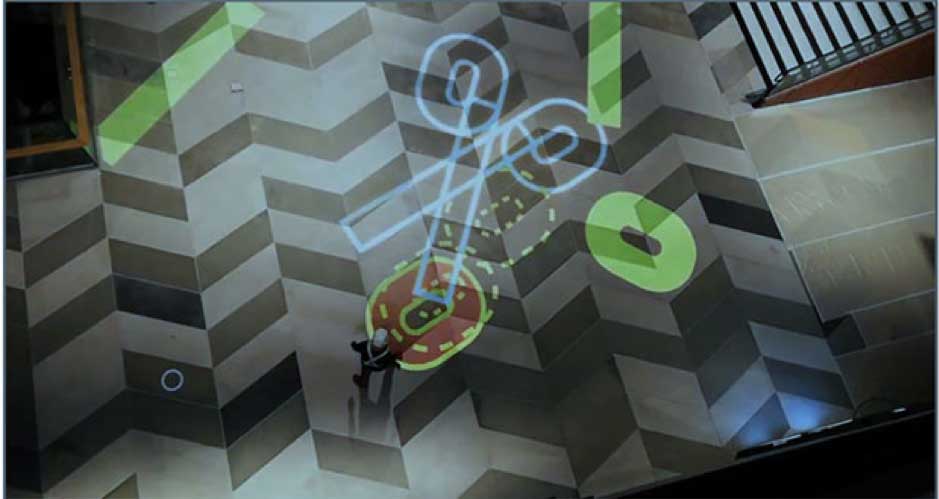 The newly revamped Funan Mall implemented an interactive projection floor to amuse consumers as they walk by the area of activity. When visitors walk pass a projected object, it will rebound or ricochet in the opposing direction. Users will take notice of this quirky display and kids will be enticed to play with the whimsical projection. The projection floor serves to add to the overall impression Funan strives for – to be an IT mall. 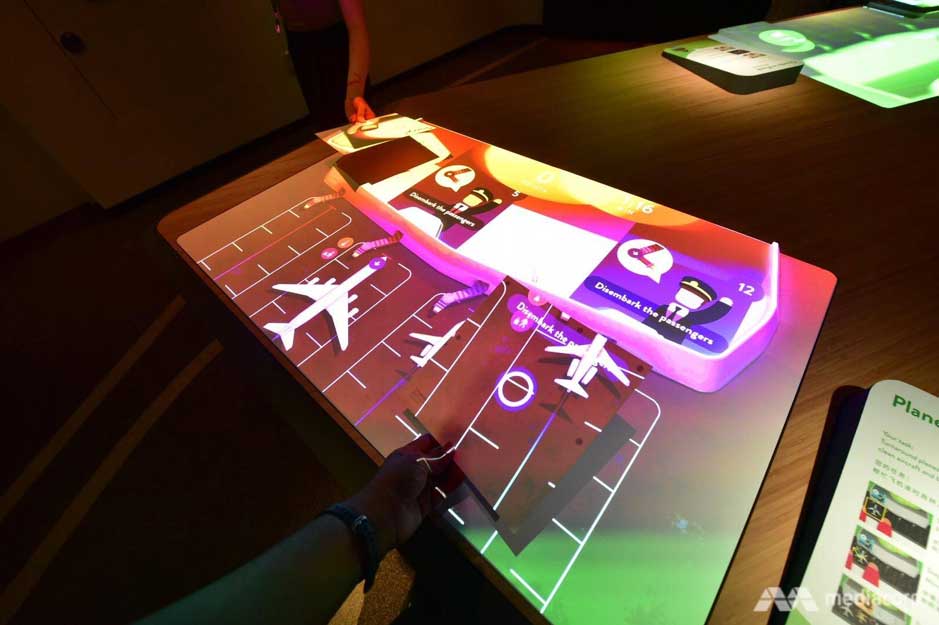 These modern exhibits are distinguishable from the norm due to the incorporation of technology. Through the distinct exhibits, we can use the consumer’s curiosity to encourage participation in the event. This strategy can be brought forth in high traffic areas to increase effectiveness as well, example being Changi Jewel.

The Changi Experience Centre boasts a multitude of digital activities with AR as its focal point. One such activity is a game about directing airplanes to their designated landing gate. Through swerving an AR marker around, the player will guide the plane to its gate to disembark its passengers. The touchpoint is made to engross visitors in the sights and sounds of the entire centre and to convey an expository of Changi Airport and its pivotal turning points. 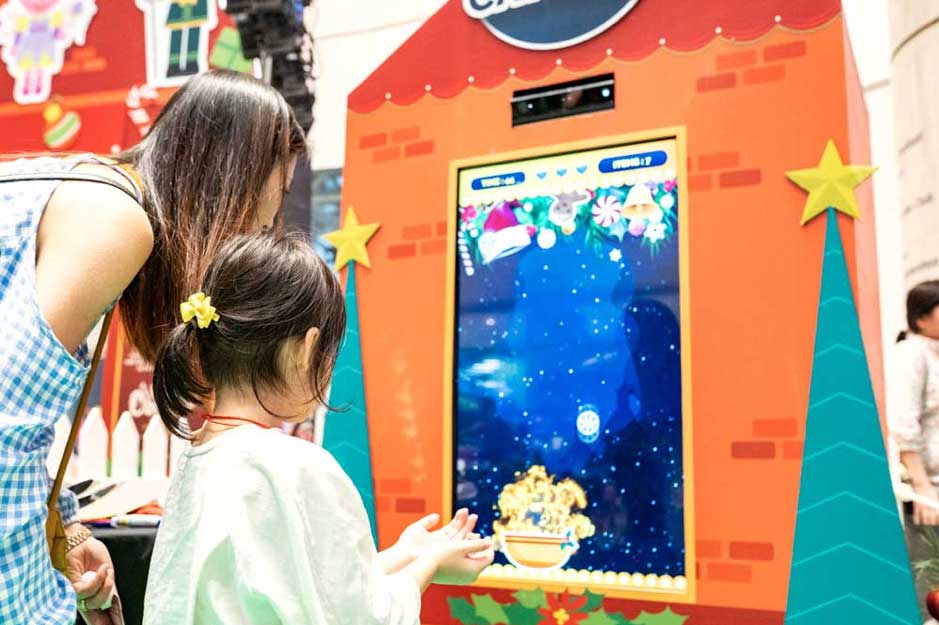 (Collect the Gingerbread at Christmas Digital Playground, by Trinax)

During the Christmas season of 2018, Suntec City held a festive exhibition at their atrium in partnership with Trinax. The activities included stage performances and photo taking booths for the public to bask in the Christmas spirit. Among the activities were game booths where visitors could collect cheerful gingerbread men. This AR game allowed players to control an in-game bag by cupping their hands together to form the shape of a bowl. The digital bowl will shift left and right along with the user’s movement. 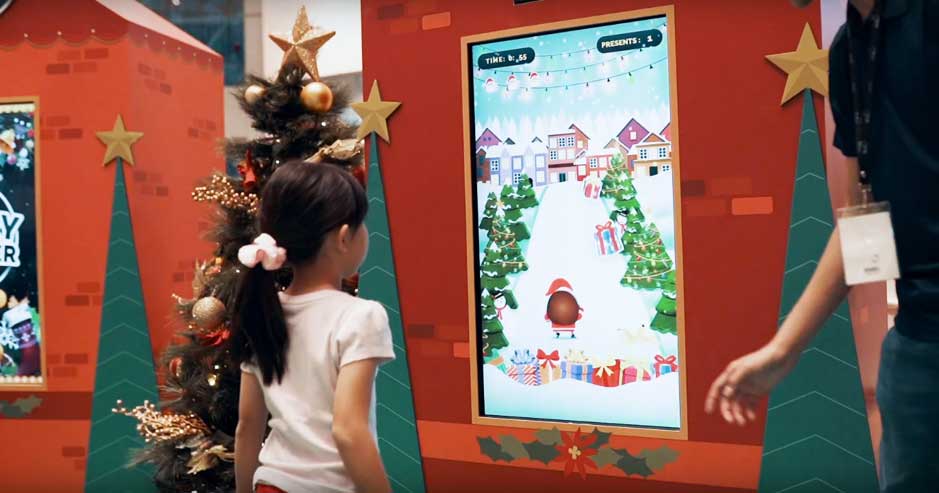 The Christmas exhibition also featured a game utilising motion sensing cameras for a present-filled experience. Players will stand directly in front of the LED screen and embark on an adventure as they traverse a snowy walkway with Christmas trees at the flanks. Present boxes will begin to appear for players to collect as they walk through the snow, thus obtaining points. The entire experience is catered to be appealing to the young and old through cartoonish graphics; in tandem with AR technology for an immersive, experiential, journey.

Bottom line is, games play an integral role in engaging people. We use games to attract our target audience and boost engagement rates by utilising the interactivity it brings. 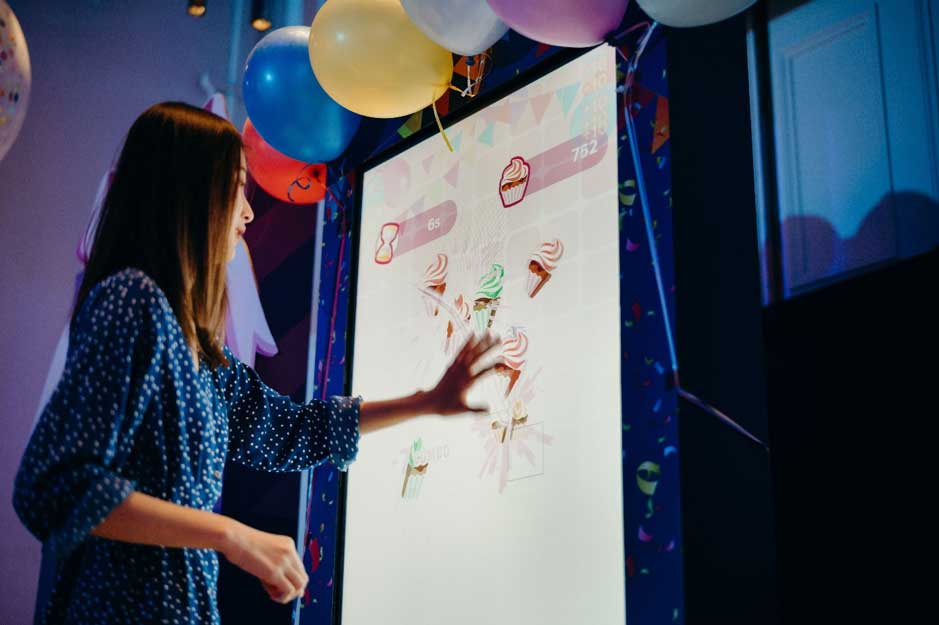 The gaming industry’s foundation can be traced back centuries ago because of it’s widespread engagement on people of all ages. It is a timeless concept that manages to grab attention and retain it through addictive gameplay that stimulates our desire for entertainment.

From a business perspective, games can be used to fulfil marketing objectives. A product or service can be promoted by evoking fun memories; thereby associating those memories with the product and thus contributing to brand awareness simultaneously. Many businesses have used games to engage their audiences, so why not try something fresh, modern and fun?

Trinax can serve as your gateway into this innovative strategy of utilising games and technology to create a touchpoint that amazes your target customer. Do drop us a message if you are interested in working with us! 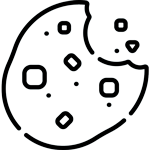